Quantum Genomics is developing a new therapeutic approach based on Brain Aminopeptidase A inhibition (BAPAI) , which results from more than twenty years of academic research in the laboratories of the Collège de France, INSERM and CNRS.

The research conducted by the team of Professor Bernard-Pierre Roques (INSERM U1022 / CNRS  Unit/ Université Paris Descartes) and the team of Dr. Catherine Llorens-Cortes (INSERM U1050 / Collège de France) characterized the role of the brain renin-angiotensin system (RAS) and more particularly that of aminopeptidase A (APA) in the control of certain cardiovascular functions including blood pressure. This research work also resulted in the synthesis and characterization of original non-peptide molecules that selectively inhibit APA such as the firibastat product.

Quantum Genomics holds an exclusive and global license for the exploitation of several patents and know-how held by INSERM and CNRS around the BAPAI technology. These patents also protect the therapeutic use in humans and animals of aminopeptidase A inhibitors, amongst which are the firibastat and QGC006 products. 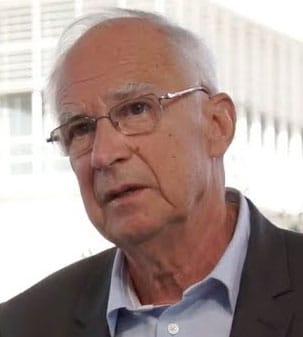 Pierre Corvol, doctor of medicine, is professor emeritus at the Collège de France and an honorary administrator of the Collège de France. He led the high blood pressure department at Broussais Hospital (1986-1999) and was Director of the Inserm Unit of Vascular Pathology and Renal Endocrinology (1982 – 2006). He was Professor at the College de France (Chair of Experimental Medicine) from 1989 to 2012. He devotes his work to the study of the hormonal mechanisms of regulation of blood pressure. He established the crucial role of the renin – angiotensin – aldosterone system in the control of renal and cardiac function. The work of his team has contributed to the development of treatments commonly used in hypertension and cardiovascular diseases. He conducted the first studies on the genetics of human hypertension. He has recently worked on angiogenesis and remodeling of the arterial wall in cardiovascular pathologies.
He is a member of the Academy of Sciences, the Academy of Medicine and the American Academy of Arts and Sciences. He has received numerous awards including the Ciba Award for Hypertension Research (1985) and the Inserm Grand Prix (2006).
Main publications (among 732): cloning of renin and angiotensin-converting enzyme (Nature, 1982, PNAS, 1988); Molecular genetics of human hypertension (Cell, 1992); Functional consequences of inactivating mutations of the renin system in humans (Human Mol. Genetics, 2011 and 2013). 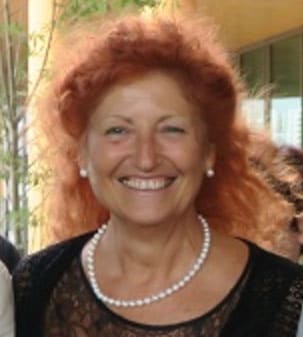 Catherine Llorens-Cortes has a PhD in Neurobiology (Pierre and Marie Curie University, Paris). In 1987, she joined the INSERM research team and was appointed Research Director in 1992. From 2003, she was a member of the Collège de France, director of the INSERM U691 unit entitled “Central Neuropeptides and Regulation Hydro and Cardiovascular, integrated in 2011 in the CIRB. Catherine Llorens-Cortes is conducting her first research on endogenous opioid systems. It shows the existence of opiate receptors on dopaminergic neurons (Nature 1977), allowing better understanding of dopaminergic regulation by morphine and its role in the reward system and addictive processes. It proposes a model for the establishment of tolerance and dependence on morphine (Nature 1978). It contributes to the identification of the two peptidases involved in the inactivation of enkephalins, characterizes one of them, the neutral endopeptidase 24-11 and participates in the development of one of its inhibitors, Thiorphan (Nature 1980 ), Now used as anti-diarrheal. Since 1992, she has focused her research at the neuroscience and cardiovascular interface by studying the organization and functional role of the brain renin-angiotensin (RAS) system. Catherine Llorens-Cortes and her team identified the enzyme involved in the formation of angiotensin III (AngIII), aminopeptidase A (APA) (PNAS 1996) in the brain, and showed that AngIII exerts a stimulatory effect Tonic study on blood pressure control in hypertensive rats (PNAS 1999). His laboratory then characterized in vitro and in vivo APA inhibitors, exemplified by RB150, which is administered orally in the hypertensive animal crosses the intestinal, hepatic and blood-brain barriers, penetrates the brain, blocks Activity of the cerebral RAS and normalizes blood pressure for several hours (PNAS 2004, Hypertension 2008, 2012). These data demonstrated the importance of brain APA as a potential therapeutic target for the treatment of high blood pressure and helped to bring this innovative approach to the treatment of hypertension by APA inhibitors to the clinical stage For her work, she has received several awards (including the Pierre Desnuelle Prize of the Academy of Sciences, the Societe Generale Asset Management Foundation Award for Therapeutic Innovation and the Danièle Hermann Prize of the Institut de France) . For a list of its publications see the site: http://scholar.google.com/citations?user=2IDz9xgAAAAJ 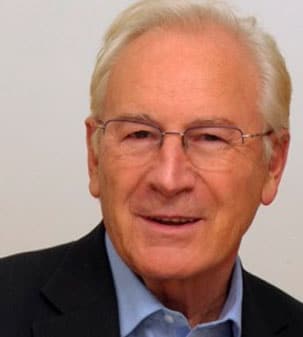 Bernard P. Roques has a PhD in Pharmacy and Pharmacology (René Descartes University, Paris) and in Physical Chemistry (Ecole Polytechnique). He became an assistant professor at the Ecole Polytechnique, then a professor at the University of Pharmacochemistry René Descartes where he was director of the department of pharmaco molecular and structural chemistry (INSERM -CNRS). His laboratory developed the first DNA intercalators and in 1977 the first long-acting antidiabetic agent (Stagid®). The most important contributions of Bernard P. Roques are in the field of neuropeptides by discovering that pain and mood – controlled by enkephalins (endogenous opioids) – are modulated by two zinc metalloproteases (NEP and APN), Led to the development of Tiorfan® in the market for antidiarrheal agents.
He proposed the concept of double inhibitors NEP / APN as a new way to create powerful physiological and anti-depressant analgesics and extended this concept to cardiovascular diseases.

Considered a leader in research on physiological zinc metalloproteases, Bernard P. Roques is a member of the French and European Academies of Sciences, the American College of Neuro-psychopharmacology, and the Scientific Council of the Alzheimer’s Disease Foundation. 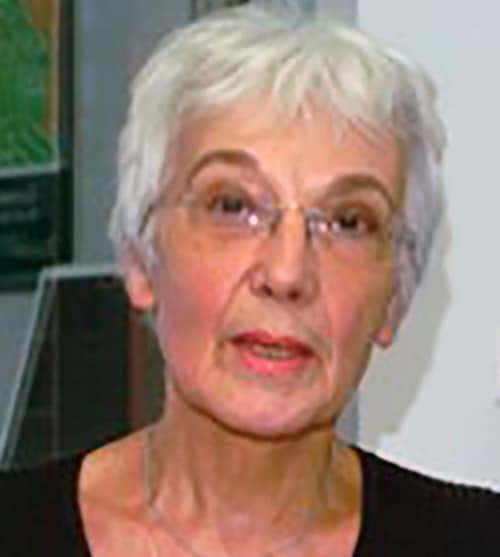 Marie-Claude Fournié-Zaluski received a PhD in chemistry from the Pierre et Marie Curie University, Paris, France. She was then appointed professor of bio-organic chemistry at Pierre and Marie Curie (Paris). Professor Fournié-Zaluski developed his research in the INSERM unit 266 headed by Professor Bernard-Pierre Roques. She was in charge of the synthesis group in which she successfully synthesized solid-phase peptides, the synthesis of inhibitors of various peptidase activities (such as aminopetidase (APN) and neprilysin (NEP), APA and Double inhibitors). His group also developed selective inhibitors of enkephalin-inactivating enzymes, one of which (Tiorfan®) is on the market as an anti-diarrheal agent.

Marie-Claude Fournié-Zaluski worked in retrovirology on the NCp7 nucleocapsid protein. She participated with the U2666 structural analysis team in the elucidation of peptide structures by NMR studies (enkephalins, CCK8 and CCK fragments) and with the biochemistry team in structural and functional studies Of various peptidases. She is currently Deputy Scientific Director of Pharmaleads; She directs the development work of Pharmaleads in the field of metalloproteases (design of substrates and inhibitors more specifically for ACE, CEE, NEP, APA, APN).